I work with a lot of manuscripts–everything from novels to short stories; chapters, scenes; essays, memoir–and here, I go over four of the most common problems I’ve encountered in the work I’ve read in the past year or so. 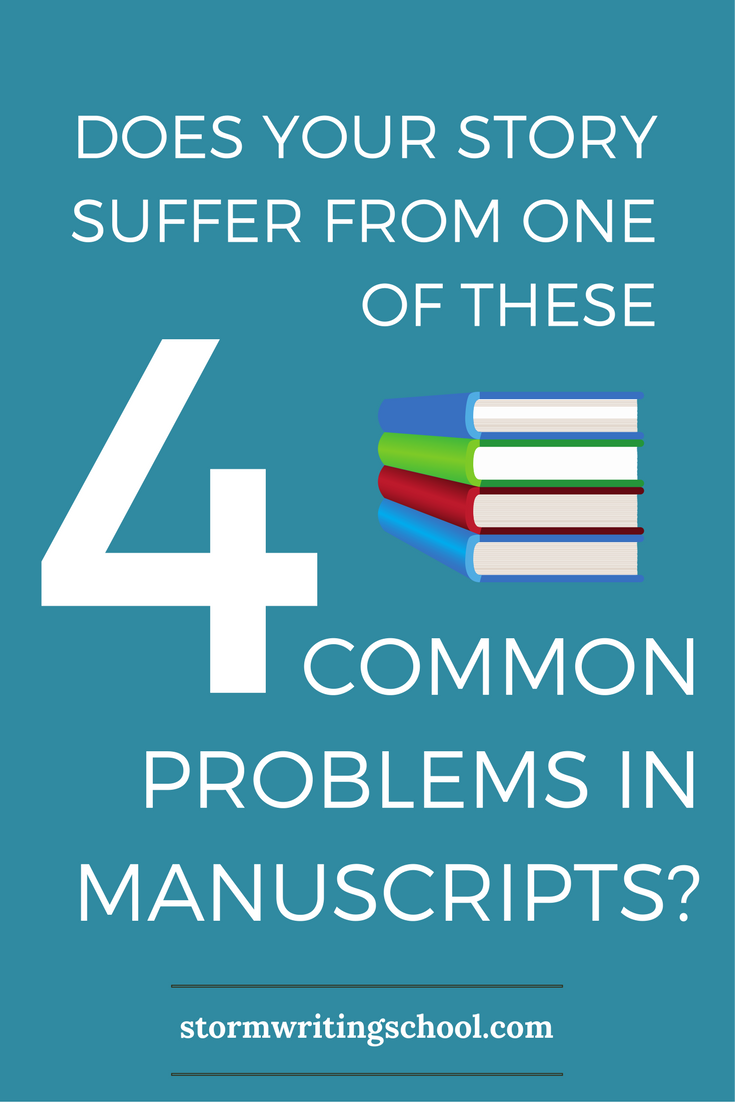 Watch the video below or read the (approximate) transcript below that.

I was on the rowing team in college, and there was this guy who was a few years younger than me—we’ll call him Fred–who had a reputation as being a “humor vacuum.” I didn’t know him well; I think he was a freshman when I was a senior, and the freshman are essentially a different team with their own coach and practice times. But the word was that any time he’d walk in on a conversation, his general awkwardness would suddenly sap the room of all humor. I thought this was a bit cruel to label anyone in such terms, but I did finally interact with him a few times, and it was kind of true. He was a little like Jared from Silicon Valley, but without the redeeming moral conscience.

So what does this have to do with anything? When I’m reading a story, there are some things that just seem to vacuum the momentum right out of the story. They’re not quite as identifiable as Fred, who was like 6 foot 8, and thus very noticeable. But they have a similar effect on the story joy, we’ll call it.

The first is that there is no desire track for the protagonist. Or a weak one. That is to say, the hero of the story doesn’t seem to want anything. There’s no goal. John Truby says, “Desire is the driving force in the story, the line from which everything else hangs. Everyone gets on the ‘train’ with the hero, and they all go after the goal together.”

Now, if you’re writing a novel, it’s fair to argue that the novel’s main desire track shouldn’t be revealed until page 20 or 30 or something. But that doesn’t mean that in your opening scenes, there should be no desire at all. There should be. Robert Olen Butler says that the “element . . . missing from virtually every student manuscript I’ve seen, has to do with the phenomenon of desire.” And he’s totally right. I see this over and over again.

The second thing I see a lot of goes hand in hand with the first problem. Beginning with boring exposition; dumping back story and world-building on us right away and not giving us any proverbial train to ride.

Information in and of itself can never compete with narrative, really. Give us a story first; provide context and then the reader will see how the information is important for us to know. Without that context, we’re not sure if the info is important, or as my father in law likes to say, “Is this gonna be on the test?”

Imagine taking a railcar tour of an abandoned mine—one that they’ve obviously made some safety upgrades to. What would be the most captivating way for the tour guide to start? By giving you a 30 minute lecture on the history of the mine? Or by giving you a few quick safety guidelines and then plunging into the depths until you’re immersed in total darkness and silence and then flicking on a weak headlamp and telling you a tidbit of the mine’s history? Before you give us information, plunge us into the story first.

Next thing: flat, on-the-nose dialogue. This is dialogue in which the speakers are conveying information and nothing more. If your dialogue reads like an interview, or if it is just a way to deliver information, then it may be problematic. But if there is a layer to the communication which isn’t being stated but that exists nonetheless, readers have fun searching for that below-the-surface layer.

When people speak, and especially in conflict situations, they don’t often state how they’re feeling. There’s this great Key and Peele skit about a school bully—he sees this kid reading and he goes over and slaps the book out of his hands. The reader says, “Why you gotta pick on me,” and the bully’s response is this: “Because I’m not doing very well in school. I’m reading at a third grade level. So when I see someone reading for fun, it makes me feel stupid. And then I get mad.” This just goes to show how absurd it is when people do state how they’re feeling.

But it’s also the behind-the-scenes look at what the writer of the scene needs to know. What are your characters feeling? They can convey information via dialogue, but that can’t be the only thing they do. They should also imply at least some of their desires.

And finally: one of the things I see a lot of is people writing too much summary and not enough scene. That is, people failing to dramatize situations that could be full of tension and drama. Scenes immerse us in the story, enact desires, allow us to feel vicariously, and ally us with the characters. I’ve written recently on Scenes vs. Summary, using a scene from Fredik Backman’s A Man Called Ove as an example.

Do you think you might have one of these problems? Take a look at my Story Momentum class, which guides students through

“If you ever have the chance to take a class taught by Tim Storm, take it.” -Ben Reese, currently enrolled in the Iowa Writers’ Workshop

“I recently told a writer friend that finally after nine years of searching, I had found THE writing instructor. Tim Storm gave feedback that proved he had really read my writing. He highlighted problem areas and gave clear suggestions as to correct them.” -Jan Nelson, historical fiction writer

“Tim took complex concepts and distilled them down to simple, easy to understand steps and ideas that motivated the class and improved my writing immensely.” -Deborah King, author of Glory Bishop

“I’m always amazed that Tim can take gut-level issues and raise them to literate, reproducible consciousness. It’s evident he truly loves to help people make their work better.” Teria Robens, author of What the Mirror Sees