Why You Need Strong Antagonists in Your Story

What’s the purpose of the antagonist to the story? What makes for a truly engaging antagonist? 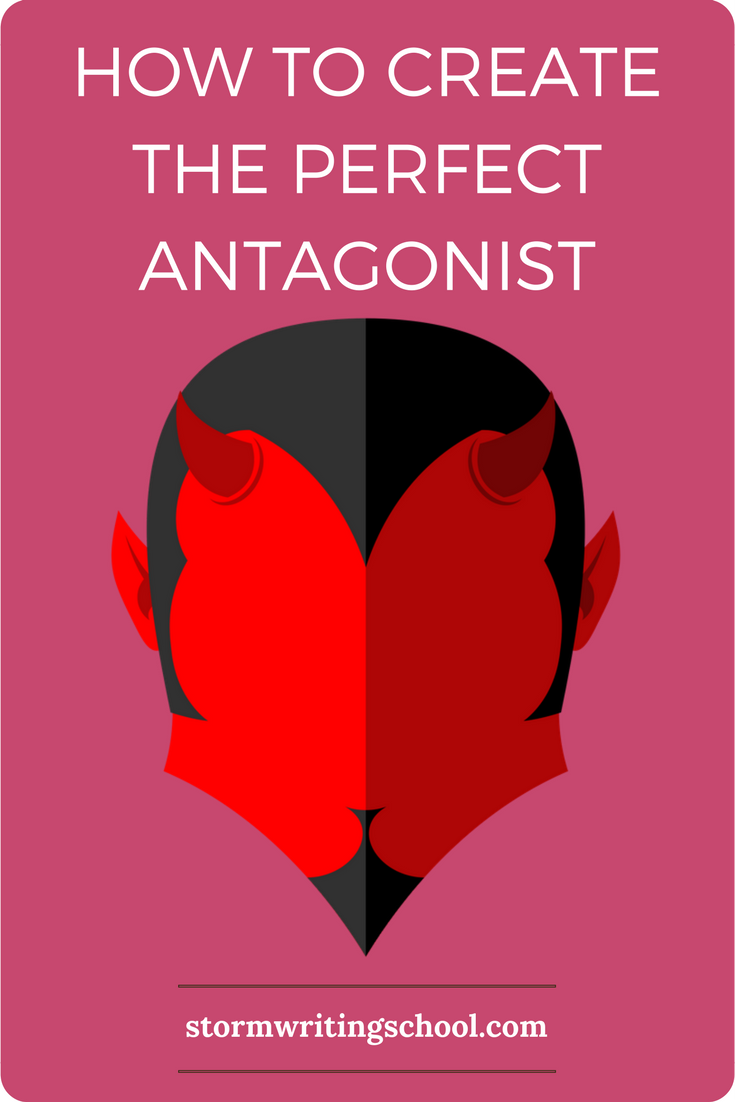 Let’s get something straight right off the bat: Your story is about your protagonist. That is, the protagonist is the star. By definition. Even if you have a very engaging and sympathetic antagonist, the reader identifies more with your protagonist’s struggle and desire. If that’s not the case, you have the wrong protagonist.

That’s the first thing to keep in mind when dreaming up and/or depicting your antagonist: the protagonist is the star of the show.

Now, a quick reminder: we don’t have to like your protagonist. We have only to empathize with him.

The antagonist’s purpose is to serve the author’s goals for the protagonist.

1. An antagonist helps highlight the desires/objectives of the protagonist.

Check out this video of a Utah game warden releasing a cougar from a coyote trap. (It’s 6 minutes, and I encourage you to watch the entire thing so that later lessons here are clearer.)

Both the park ranger and the cougar have different understandings of the goal, they have different ways of approaching it, and it means different things to each. But they both want the same thing: to get the cougar out of the trap.

Now, we can certainly talk of forces of antagonism that aren’t sentient, like tsunamis or boulders in narrow canyons. In which case, the force of antagonism doesn’t have will, so it can’t have desire, technically. But it can prevent or block the protagonist’s desire at multiple turns.

You’re trapped in a flooded room (The Wave) and you need air. It’s not that the water also “wants” air; but the laws of physics dictate that it will displace whatever air it can, so it a non-willful way, it does.

You want to get out of a canyon, but a boulder has crushed your hand (127 Hours). That boulder doesn’t want to crush your hand, exactly, but gravity has dictated that it occupy the same space. Again, it’s unwillful obstruction of desire. And even unwillful competition for the same resource.

Truby points out that “this way of defining the opponent organically links this step to your hero’s desire.” I like that observation. Your hero’s desire creates the spine of the story and is of utmost importance. Your antagonist needs to serve the spine.

2. An antagonist is the ultimate foil, illuminating by contrast not only the protagonist’s desires but also her values.

Do you know the origin of the word “foil”? A foil was/is a technique used in gem setting: the jeweler backs the gem or diamond with metal foil to make it shine more brilliantly.

3. The antagonist must provide true threat.

The antagonist must be a formidable opponent. John Truby uses a sports analogy here: “Think of your hero and opponent as tennis players. If the hero is the best player in the world but the opponent is a weekend hacker, the hero will hit a few shots, the opponent will stumble around, and the audience will be bored. But if the opponent is the second-best player in the world, the hero will be forced to hit his best shots, the opponent will hit back some spectacular shots of his own, they’ll run each other all over the court, and the audience will go wild.”

So make a formidable, ruthless antagonist.

What makes for a truly engaging antagonist?

Here’s the key: we have to be drawn to him just a little.

You will have a stellar antagonist if you can get readers to admire aspects of his way of operating in the world and/or sympathize with him and what has made him who he is. In short, if we empathize with the antagonist, we will identify with him.

Now, he’s still the antagonist; he can’t steal the show; he can’t overpower our identification with the protagonist. But a complexly-drawn antagonist can challenge the reader/audience to consider their own darkness. And light always shines more brightly in darkness. If we can identify with the darkness, we’ll know more clearly the meaning of opposing it.

So make sure to craft antagonists whose back stories you know, whose motivations you have some ideas about, and whose qualities are at least somewhat admirable.

The cougar is a quite simple antagonist without much back story. But he’s still pretty effective. Why?

1. He has the same goal: freedom from the trap

2. His motivation seems simple: survival. But he also doesn’t know that the game warden is trying to help him. So he’s scared and angry at his would-be rescuers, who, for all he knows, are trying to kill him. The fact that he’s willing to hurt the two men trying to help him makes their motivation more interesting. Why would they put themselves in such danger? What does it mean to them to get this close to an animal who could dispatch of them in a matter of seconds? Do they love animals? Are they trying to be responsible stewards of the land, knowing that apex predators are key players in maintaining stasis and balance? Are they filming it because they have dreams of starring in a reality TV program that they are in the midst of pitching? Are they just trying to cultivate the rugged man image with hopes of getting laid? Did the main warden once witness his older brother torture a cat, and did he do nothing because he was afraid of his brother; does he relish opportunities like this one to correct past inaction? Lots of possibilities here, all springing from the fact that the cougar’s motivation is to flee from or harm men, whom he sees as a threat to his existence.

3. The cougar is definitely formidable and ruthless. We know very little about the larger story of which this 6-minute scene is a part. But it’s very compelling to watch, almost entirely because the antagonist is scary and powerful as hell.

4. We are drawn to the cougar because we would act the same way in his situation. He has every right to act as he does. But the men are the heroes here because they seem to understand exactly what we do (that the cougar has every right to act as it does), but they’re actually putting themselves at risk to free the animal. They are the people we would call if we saw a cougar in a trap like this. We wouldn’t take it upon ourselves to free it. We’d call these heroes.

So that’s what you’re going for in an antagonist: 1. Same goal. 2. Foil to protagonist. 3. Formidable and ruthless. 4. At least somewhat admirable.

Download this FREE brainstorming sheet to help you free write on your antagonist and his relationship to your protagonist. 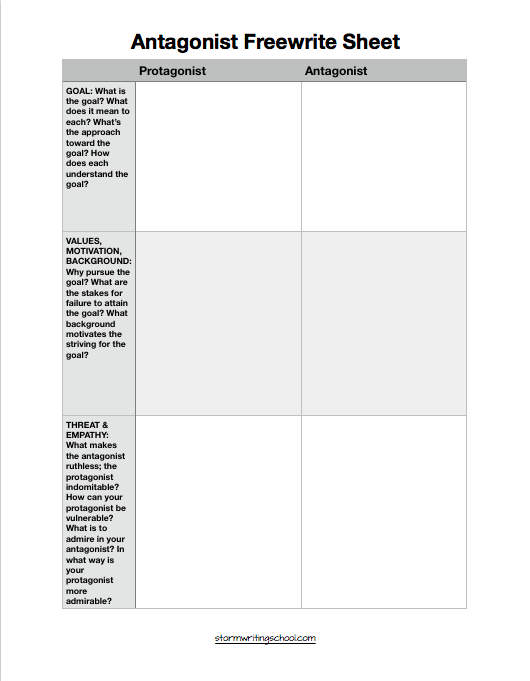