Sentiment and Sentimentality sounds a lot like a Jane Austen novel, but these are terms used to describe the quality of a writer’s evoking of emotion.

Sentiment is authentic emotion. And you encounter it any time a story makes you laugh, cry, get angry, or otherwise truly feel as a result of your immersion in the story.

Sentimentality occurs when a reader recognizes that a writer is trying to evoke emotion but failing to do so. Flannery O’Connor says that sentimentality is a “distortion of sentiment.” It’s often associated with florid language, cliche, and lots of telling (vs. showing).

Mira loved Robert. Every time she saw him, her heart skipped a beat and butterflies fluttered in her stomach. She longed to feel his touch on her face, his caress on her neck, his lips on hers. She melted into the thought of him wanting her like she wanted him.

This is groan-inducing stuff because it’s so unoriginal, so stock. It’s not that these emotions aren’t authentic, that people don’t actually feel this way. It’s that the writing isn’t earning the emotions it’s going for. People do feel this way, but the writing “distorts the sentiment” such that the reader doesn’t feel what the character feels.

Readers want to do some work. If you tell them what characters’ emotions are, you’re likely not allowing readers to do the work they want to do. If you present a scene in which the reader can intuit that the character feels the way you’re telling us she feels, then you’re allowing the readers to do some enjoyable work. See, a big part of reading is intuiting, or “reading between the lines.”

Sentimentality, then, is an error in conveying, or implying.

In order to imply true emotion, a writer needs to hit a sweet spot between supplying enough detail and overdoing it. If you fail to adequately contextualize and detail a character’s situation or emotional reaction, you’ll fail to convey emotion. One of my writing instructors, Laura Hendrie, labeled this first type of sentimentality as “distortion by lack.”

But if you pile on too much, not trusting the reader to intuit, you’ll come across as writerly and likely be accused of being sappy, hokey, cheesey, or melodramatic. Hendrie calls this “distortion by excess.”

There’s no question that this type of sentimentality is the lesser known or lesser referenced. But it’s out there, and you find a fair amount of it in MFA programs within stories trying to emulate Hemingway or Denis Johnson (unsuccessfully). That is, they’re stories about tough guys or anti-heroes. There’s a defecit of emotion and lots of irony. One might stereotype this as the male form of sentimentality.

When Porter got back to Celia’s room with his Snickers, he noticed something off. Maybe the respirator was wheezing a little louder, maybe it was just that there were more flickering lights on all those doodads surrounding her bed. He hadn’t been there 10 seconds when an alarm sounded, and he noticed on one of the monitors that her heartrate was below 40. Two nurses ran into the room, pushing him aside. But after turning off the alarm, they seemed to stop moving, as if stuck in mud. Porter opened the Snickers. He remembered the slogan used to be Snickers really satisfies, but he wasn’t sure that was still it. Celia’s heartrate dropped to 30. The nurses gave him a conciliatory look. Hungry? Why wait? That’s what it was.

“I’m sorry Mr. Reichman,” one of the nurses said.

Porter took another bite of the Snickers and left the room. Why wait, indeed, he thought.

This is the kind of sentimentality that most people think of when they hear the term. Hallmark movies. Tear jerkers. Melodramatic sob stories.

When Porter got back to Celia’s room, he noticed something was off. He couldn’t put his finger on it. There was just a different energy. The respirator wheezing a little louder maybe, more lights flickering on the instruments. He watched Celia, asleep on the bed, hair shaved. She was as beautiful as ever.

He sat down at her bedside and grabbed her hand. Weakly, she opened her eyes. He wasn’t sure what made him say it, but he told her he loved her. She smiled behind her respirator. He could see it in her eyes.

He remembered meeting her for the first time in Chicago, asking her directions to something called the “cloud gate.” She’d smiled and pointed behind him to the enormous metal sculpture.

But that’s precisely when the heart monitor alarm sounded. Porter jumped from his chair as two nurses rushed into the room. They turned off the alarm and stood there.

“Aren’t you going to call a doctor?” he said.

They gave him a conciliatory look.

“Don’t just stand there,” he shouted.

“I’m sorry, Mr. Reichman,” the stout nurse said. She put a hand on his arm.

Tears came to his eyes. “Oh, Celia,” he choked out. He knelt by her bed and grabbed her hand. “Don’t leave me yet!” he cried.

But she was gone now, really, truly gone. And the realization dawned on him that he’d never see her again, never hug her, never hold her, never make love to her. He loved the way she stirred her coffee, the way she spooned her ice cream, the way she brushed her hair from her forehead. And now, never again. She was off to meet her own cloud gate.

He put his head on the bed and sobbed.

So what are the remedies?

In my “distortion by lack” example above, you can see how oddly unformed Porter is, right? Is he leaving the room because he can’t handle the emotion of losing Celia or because he hated her? We can’t really tell from that passage because, well, I didn’t know. (I mean, to be fair, I knew I was writing an example of a distortion by lack, so I purposely put no effort into knowing.)

But in the “distortion by excess” example, Porter is similarly nebulous. We know how he feels about Celia’s death, but his words and actions are so predictable and cliched as be invisible and forgettable. Distortion by excess feels like bad acting.

2) Include interiority and past

The more you delve into a character, the more attuned you’ll be to his interiority and past. When you can show how a character thinks and how his past impinges upon the present (emotional) scene, you’ll be moving away from cliche.

I used the past in both examples above, but the Snickers thing had nothing to do with the story or situation, so it illuminated little about the character. In the second one, the backstory about Porter’s meeting Celia for the first time is sort of on the right track. It’s the only bit of past in that passage that feels unique and real. But the list of things he’d miss about Celia was so generic and done-before, it does little to evoke emotion in the reader.

3) Include speculation and prediction

It’s authentic to human emotional reactions that we let our minds wander to thoughts about the future. The instinct to have Porter thinking about life without Celia is good. It just doesn’t get specific enough.

You do have to be careful with speculation, however. I’ve seen writers use daydreams and dreams as obvious devices to deliver character concerns. For more on speculation, see my analysis of “Cat Person.”

Immerse your characters in a sensory world. Use the setting and objects. Detail what they perceive. Combined with a knowledge of character, this method of writing will get you some very authentic emotion and will help you move away from stock gestures and body language.

5) Get rid of your own feelings

When we conjure within our minds, our characters are always more fully developed. Our imagined scene is therefore likely to be much more emotional than the rendered scene. So you have to learn to get yourself out of the way. You get better at this the more you experience it, but sometimes you need distance in one of two forms: 1) Time. Set the piece aside and come back to it on a different day or week. 2) Reader. Get a trusted reader to assess it for you.

A lot of sentimentality comes from a failure to convey character interiority. But remember that for all interiority, there is a context. You want to earn the emotions situationally. That is, before you give us thoughts, emotions, flashbacks, or speculations, don’t forget that you also need a situation that leads to the emotion. My rule of thumb: don’t have your characters cry unless we’re on the verge of tears ourselves. When Riley cries at the end of Inside Out, that stuff is earned.

In his essay, “In Defense of Sentimentality,” John Irving writes, “As a writer, it is cowardly to so fear sentimentality that one avoids it altogether. It is typical—and forgivable—among student writers to avoid being mush-minded by simply refusing to write about people, or by refusing to subject characters to emotional extremes. A short story about a four-course meal from the point of view of a fork will never be sentimental; it may never matter very much to us, either.”

If you want to write something that matters, you need to make readers feel. And sometimes, that requires treading the line between sentiment and sentimentality.

The story “Singing My Sister Down” by Margo Lanagan gets me every time. This version has some typos, but it’s intelligible. Better yet, of course, buy Lanagan’s book.

And here’s a piece of flash fiction I wrote called “Ghost in the Valley,” published in a Flash in the Attic Anthology (volume 2). I rarely offer my own stories as exemplars, but take a look at this one. Do you think I achieved sentiment?

I’d love to see what you come up with. I can’t promise feedback, but I can promise a response. Email me any or all three of your passages: td[at]stormwritingschool.com.

And be sure to check out these other articles on crafting character interiority: 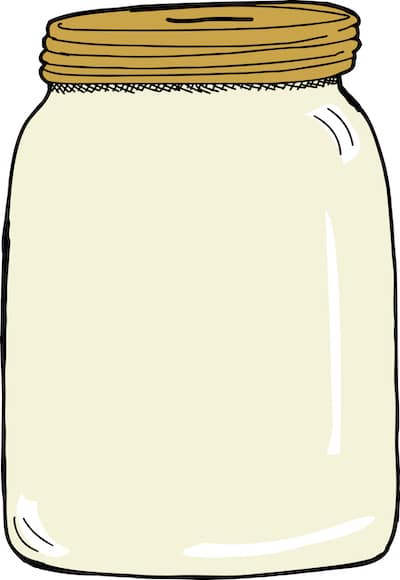